The history of this technology, known as the Q Energy Spa, BEFE began in Australia in 1995 and early 1996 when a group of people contemplated and debated potential technologies based upon Quantum Reality Field Science (QRFS), a different perspective on quantum physics by Mr. Terry Skrinjar.   With a strong interest in alternative health, the question was posed; could a device be created which would have the potential through creating biological energy which “may improve balance, recovery and natural healing, helping to promote optimal overall well-being and health”?  With this challenge in mind, plans were drawn up of design specifications of the worlds very first unit “created to re-balance and amplify the Bio-Energetic Signature of the body” – Terry Skrinjar 1997.  The intention was to use water as a medium, due to its unique properties of the bio-energy already present in water which matches the energy in our bodies.

The picture below represents the very first ‘experimental’ prototype. 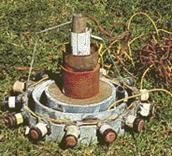 The initial design of the Gizmo prototype was constructed, consisting of a series of parallel rings to act as an antenna or Array, later to be known as the Orb.

Upon completion, the ‘Gizmo’ was trialled, by a number of family and friends associated with the now formed company called “Q the Experience”.  With very good result reported, the company then started manufacturing and distributing the ‘Gizmo / B.E.F.E. unit.   The “Bio-Electric Field Enhancement unit” (B.E.F.E. unit), became the “Q2 Water Energy System”, followed by the “Q2 Energy Spa” and is now marketed as the “QEnergySpa, BEFE”.

Q the Experience researched and developed both the original Array and the power source to drive it. Several design changes were made, pictured to the left, to make the unit more user friendly, aesthetic and to allow for commercial production.  However, the core construct and composition of the rings in the Array remained virtually unchanged.

Mr. Ivan K. Serensen joined the company in 1996 and as an Electrical Engineer redesigned the power source correctly based on the Quantum Resonance principles to power the Array in order to improve the technology and then redesigning the enclosed water module for extra safety which is still the Orb used today.  Over the years many improvements have been made to increase the efficiency and functionality of the QEnergySpa, BEFE Technology. 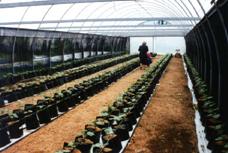 During the development of the original Array housing and the power supply, many trials and experiments were completed including experiments on plants and cut flowers. Microscopic examinations, water analysis and greenhouse trials were performed, as well as the gathering of testimonials from family and friends who continued to benefit from the use of these units.  This information was compiled to build up a database of results and testimonials for all plant and animal life.

Results involving plant experiments with cut flowers, for example, showed that those flowers that were watered with enhanced water from the Q Energy Spa outlasted those watered with ordinary tap water, by up to a week leading to the discovery of many such as agricultural, plants and animals as well as the huge benefit to humans.

In 1999, Q the Experience expanded world-wide.

Today there are thousands of people enjoying the benefits this technology provides for its users.

Today the company is known as “Q the Experience, Future Life Science”.